David Gerstein is widely considered to be one of the most creative and innovative artists in the world today.

He has exhibited extensively at international venues in London, Paris, Frankfurt, Berlin, Rome, Singapore, New York, and Tel Aviv; and the list goes on.

He belongs to a group of painters, all top craftsmen, whom you come across, and whose expanding body of work - increasingly filling the country - is worthy of close scrutiny.

It is difficult to think of another artist like David Gerstein, whose work in recent years has gained such prominence on the local scene.  Some of his works have been chosen to appear on huge billboards, as human and aesthetic images that aim to catch the eye and engage the heart, and to promote companies like Isracard and the First International Bank.

His monumental statues adorn Israeli cities; a playground of his invention continues to delight the children of Jerusalem; the Hebrew University ordered an ambitious and challenging project from Gerstein: the design of various statues which will symbolize - based on criteria of good taste, common sense and a high level of communication - the various University institutions and faculties; a television show has chosen to decorate its broadcasting studio with his works, in the hope that the pieces' tremendous popularity will attract viewers to the show.

The artist's full biography is available on the official website: David Gerstein. 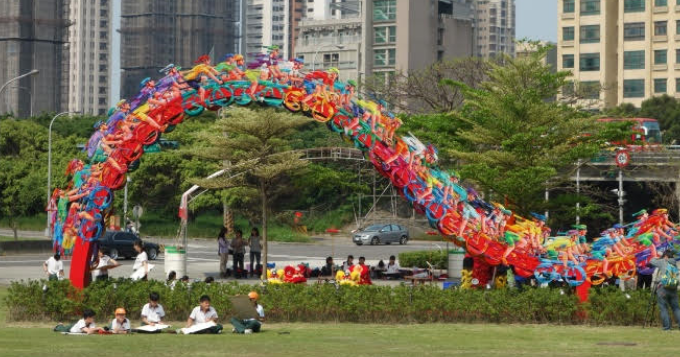 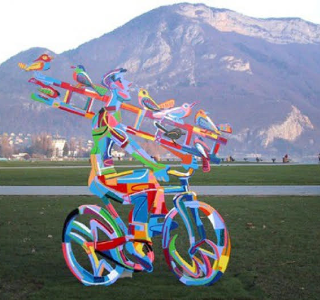 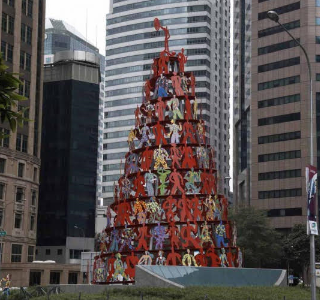 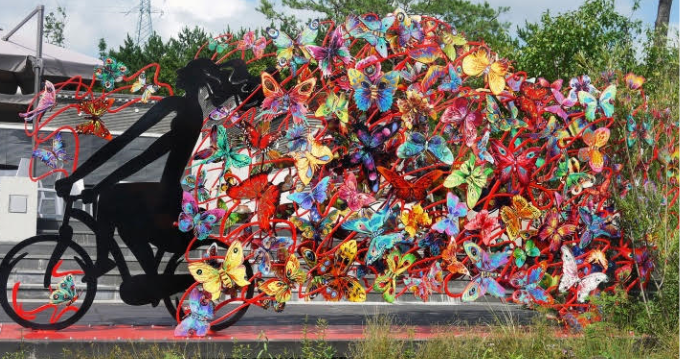